Need to fill up your oil tank? Choose Depew Energy!

IN CASE OF EMERGENCY: If you have run low on—or out of—heating oil or have a no-heat emergency, please do not email us, or contact us online. Call us any time of day or night for emergency delivery and service.

Are you familiar with Putnam County, New York? 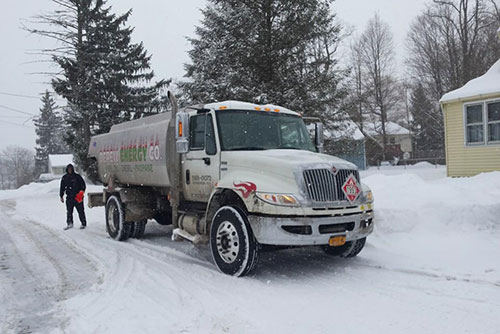 Putnam County was originally part of Dutchess County. In 1812, thanks to its growing population, a separate county was formed. Putnam County is named for Israel Putnam, a noted general in the Patriot army and Continental Army during the American Revolution and an officer during the French and Indian War. He also served with distinction at the Battle of Bunker Hill and is credited by some with the famous directive, “Don’t fire until you see the whites of their eyes.”

Other notable natives and residents of Putnam County include:

Take a look at what our customers are saying:

“We ran out of oil two days before Thanksgiving. After calling three other oil companies, Depew was the only one who would deliver the day before the holiday. They were friendly and arrived early in the morning before I left for work and the house was warm an hour later. We have five animals, and it was important that they had heat during the hours we are away for work. Thank you!” —Samantha G.

“These are very decent people who are reliable and nice. We get regular deliveries and the gentleman who delivers our oil, PJ, is straightforward and a ‘salt of the earth’ regular guy. They also service our furnace each year with no problems in the many years of service.” —Neil N.

Get in touch with Depew Energy to find out more about what we can do for your Putnam County home or business.