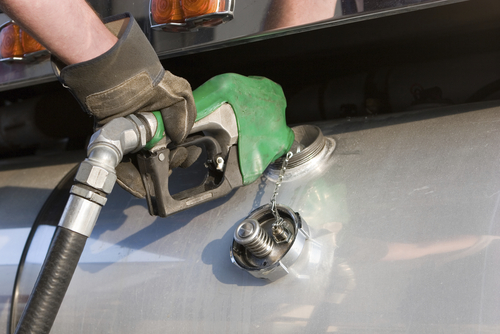 Does your business use diesel fuels? If so, you probably know just about all it can do for your fleet vehicles and equipment. In fact, you may think there’s not much you really need to know about diesel at all. But these facts may open your eyes:

A gasoline-powered engine is only 20% efficient. What does that mean? It means that only 20% of the gasoline that goes in the tank is used towards actually moving the vehicle or equipment. The other 80% is lost to things like friction, noise, engine functions, or exhaust.

But engines that run on diesel leave gasoline in the dust when it comes to efficiency. Diesel engines achieve efficiencies of 40% … and higher!

That efficiency explains why diesel is the fuel of choice for trucks. It’s the more cost-effective fuel hands-down.

Diesel was a by-product of kerosene production but was usually discarded because no one had any use for it. That is, until the 1890s when Rudolf Diesel (hence, the name) created an engine that could run on it. It was the first fuel that didn’t need to be externally ignited, like coal which had to be lit on fire.

Diesel is much harder to ignite

Speaking of fire, diesel fuel is much less flammable than gasoline. Throw a lit match into a puddle of diesel, it would go out. On the other hand, gasoline would ignite when the match hit the vapors—before it even landed in the gasoline! DO NOT TRY THIS.

Diesel fuels are getting cleaner

And they’ll continue to do so! The Environmental Protection Agency has raised standards over the past few decades. The big change has been the mandate for using ultra-low sulfur diesel in both on-road diesel and off-road diesel. As a result, today’s diesel engines are burning much more cleanly. There is also work being done to help older diesel engines reduce their emissions. It’s not the same diesel fuel your parents or grandparents once used!

Diesel engines do not use spark plugs

A diesel engine injects fuel into a highly compressed air. There is heat already present within the internal combustion chamber and that is what ignites the diesel. With a gasoline-powered engine, the gasoline is mixed with air to make a vapor. That vapor is compressed by a piston and ignited by a spark plug.

Want to get the most from a diesel engine? Ease off the accelerator! Diesel engines are performing at their peak when the speed is right around 65 miles per hour. Depending on the vehicle and the diesel engine, the advice is usually to keep the engine running below 2,000 revolutions per minute for peak performance.

With more than 20 years of meeting the fuel needs of homeowners and businesses all over the Hudson Valley, Depew Energy understands the needs of businesses just like yours in a way other fuel providers, especially those big national companies, just can’t. Get in touch with us today to learn more about our diesel delivery and service, and how we can be there to help.